Innovation, exploration at the heart of Xinwu's success 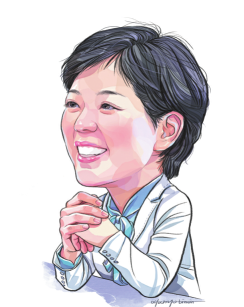 Formerly known as the Wuxi National High-Itch District, approved by the State Council in 1992, Xinwu has worked as the city's leader in the development of key industries such as the internet of things, integrated circuits, biopharmaceuticals, new energy and high-end equipment.

According to statistics provided by Xinwu's development and reform commission, the district's total fixed asset investment increased 10.9 percent year-on-year to 48.1 billion yuan ($7.1 billion) in the first eight months of 2020, reporting the fastest growth in Wuxi and significantly offsetting the negative impact of the outbreak of COVID-19.

Companies hold a positive outlook on Xinwu despite the uncertainties brought by the epidemic, according to the local government.

During the first eight months, Xinwu attracted 796 new projects with total investment surging 28.4 percent year-on-year to top 62 billion yuan. The number of newly registered foreign-invested companies reached 69 during the eight-month period, up 9.52 percent from the same period in 2019.

The strong resilience that Xinwu has demonstrated during the pandemic has validated the industrial mapping of the district over the past four years, exploring emerging industries and stressing the district's research and development capacity, said Jiang, who is also a vice-mayor of Wuxi.

"We have seen many industries start from scratch over the past few years. We have also seen many more expand or optimize their industrial structure," she said. "The key is to make Xinwu a cradle for emerging industries."

Clusters of emerging industries have already taken shape in Xinwu, playing a dominant role in the development of key industries.

1 2 3 Next Page
Leave Your Message Here