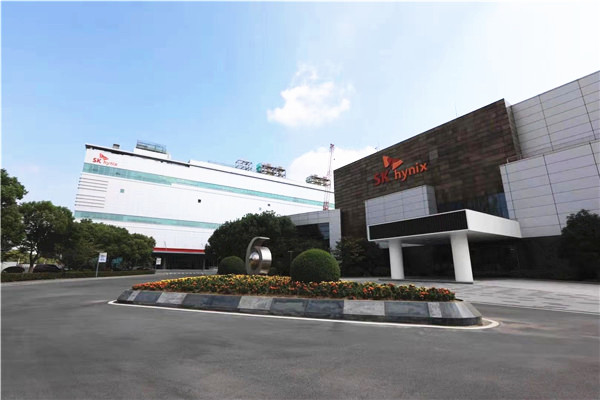 SK Hynix, SK Group's largest project in China, injects a total investment of more than $20 billion into Wuxi since it entered the city in 2005. [Photo/wxrb.com]

Chey Tae-won, chairman and CEO of SK Group, was awarded the title of Jiangsu Honorary Citizen at a video conference held in Nanjing, Jiangsu province on Feb 4.

Lou Qinjian, Party secretary of Jiangsu province, extended warm congratulations to Chey, as well as expressed his gratitude for Chey's care and support for the development of Jiangsu.

Lou added that the title of Jiangsu Honorary Citizen is the highest honor for an expat in Jiangsu.

Lou expressed his hope that Jiangsu and SK Group will deepen strategic cooperation and work together to speed up the construction of a new development pattern, promote the optimization and upgrading of industrial and supply chains, as well as strengthen cooperation in environmental and ecological protection.

Chey spoke highly of the great support and assistance Jiangsu has offered to SK Group in its COVID-19 response. The group will expand cooperation with the province in various fields, aiming to make greater contributions to the modernization of Jiangsu.

SK Hynix, SK Group's largest project in China, has injected a total investment of more than $20 billion into Wuxi since it entered the city in 2005. In recent years, SK Hynix has actively fulfilled its social responsibilities by engaging in the city's social welfare projects.