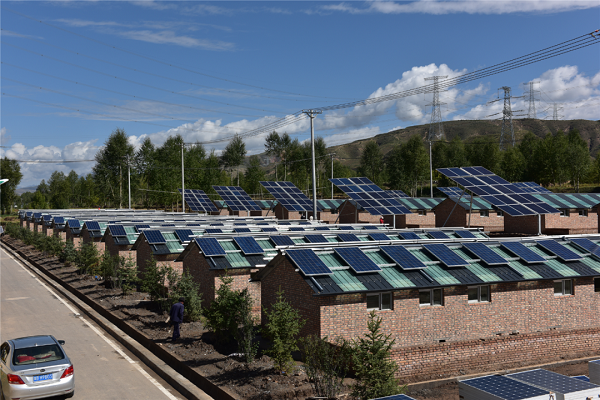 Banyan village of Huzhu Tu autonomous county in Qinghai province was awarded as a role model in China's poverty alleviation fight during a grand gathering to mark the nation's poverty alleviation accomplishments and to honor model poverty fighters held at the Great Hall of the People in Beijing, capital of China, on Feb 25.

A number of high-quality projects involving industrial poverty alleviation, culture, education, as well as medical and health care have been carried out in Banyan village in an effort to achieve targeted poverty alleviation goals.

The photovoltaic power generation project installed photovoltaic panels on the roofs of houses and pig farms, which has shared out a bonus to farmers of 285,000 yuan ($43,806) a year. 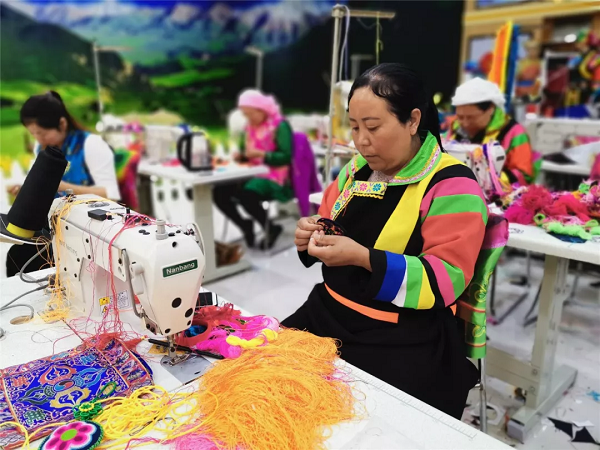 Wangzhuang subdistrict also spent 2 million yuan expanding production, developing products, and opening markets for panxiu, a traditional type of embroidery of Huzhu Tu autonomous county. A total of 145 families with women who sew panxiu have been able to make at least 15,000 yuan a year from their embroidery.

The changes in Banyan village epitomize WND's support to help Huzhu in its poverty alleviation efforts. WND has invested 181 million yuan along with talents, new technologies, and ideas in Huzhu, as well as cooperated in finding new ways to contribute to the county's fight against poverty.