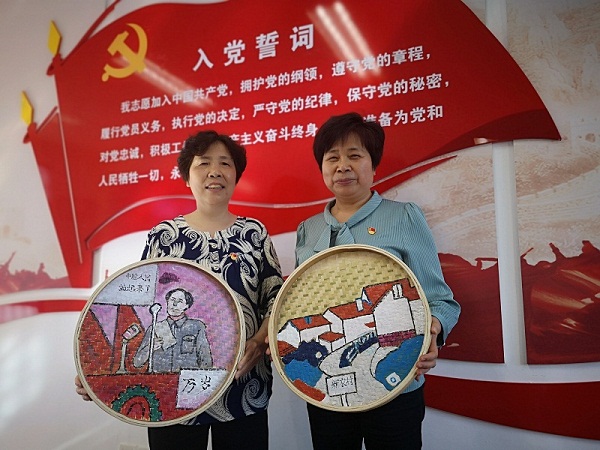 Two CPC members show their paintings on the history of the CPC in Wuxi's Xinwu district on May 8. [Photo/IC]

As this year marks the 100th anniversary of the founding of the Communist Party of China (CPC), diverse activities are being held in Wuxi, East China's Jiangsu province, aiming to remind Party members of their original aspiration, to seek happiness for the Chinese people and the rejuvenation of the Chinese nation.