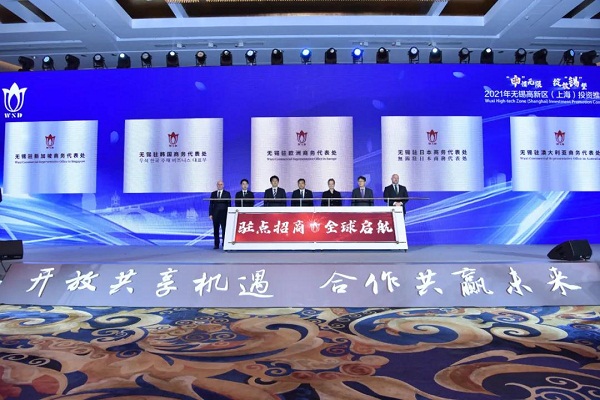 The announcement made by Wuxi Mayor Du Xiaogang marked the official launch of WND's global investment push, according to district officials.

WND saw its actual use of foreign capital last year hit $1.28 billion, the highest amount for all the districts of cities throughout East China's Jiangsu province, according to local officials.

The district is home to over 1,670 foreign-funded enterprises. A total of 64 Fortune Global 500 companies have invested in over 120 projects in the district.

Officials said that the district will explore and implement the employment system for foreign investment promotion representatives, who will introduce the excellent investment environment in Wuxi and WND to overseas companies, encouraging them to invest.

Officials said that over the next three years, a total of 11 resident investment promotion agencies and a team of 50 staff members dedicated to introducing foreign investment will be established at home and abroad, aiming to attract investment of at least $1 billion per year.