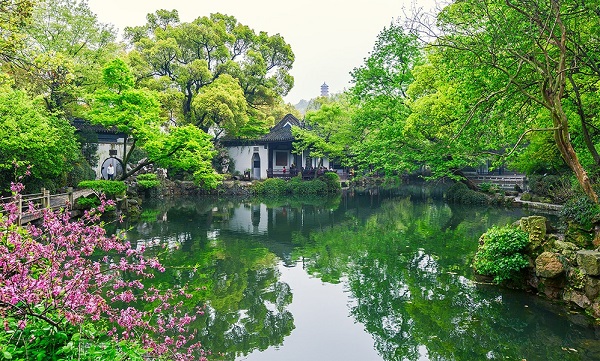 Huishan Ancient Town, located in Wuxi's Huishan district, is well-known for its rich history and culture.

The scenic area covers an area of 3.5 square kilometers, 109 hectares of which is considered the "core" area. It has been listed as a national key park, Chinese Historical and Cultural Street and is in the tentative list of World Cultural Heritages in China. In 2020, It became the city's fourth scenic spot with a 5A-level rating -- the highest rating in China.

Well-known sites include the Liangzhu Culture Ruins of Xishan Ancestors, the place where Lord of Chunshen watered his horse in the Warring States Period (475-221 BC), Huishan Temple Garden from the Northern and Southern Dynasties (420-581), Second Spring from Vast World from the Tang Dynasty (618-907), Jinlian Bridge from the Song Dynasty (960-1279), Jichang Garden from the Ming Dynasty (1368-1644), 108 ancestral halls and gardens dating from the Tang Dynasty to the Republic of China, Ah Bing's Tomb Park and the China Rhododendron Garden.

Emperor Qianlong said that "only Huishan Mountain appears elegant, leisurely and quiet", a quote which is used at the scenic area's biggest selling point. 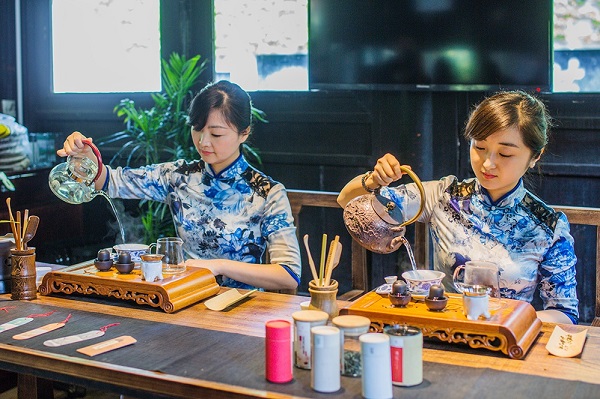 With forests, parks, gardens and ancient buildings, Huishan ancient town has become a cultural landmark in Wuxi, with many foods and other products bearing the name of Huishan Mountain, such as Huishan clay figures and Huishan cakes.