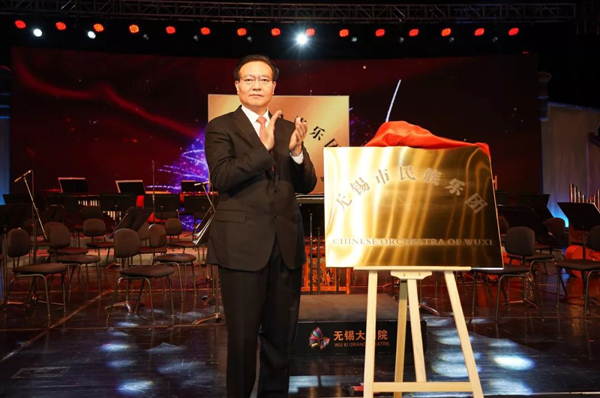 The Chinese Orchestra of Wuxi, a wholly-owned subsidiary of the Wuxi Culture Development Group, was officially established at the Wuxi Grand Theatre on Jan 9.

Wuxi is reputed for its rich history in traditional Chinese instruments, especially the two-stringed erhu. A piece entitled Erquan Yingyue ("The Moon's Reflection on the Second Spring"), by legendary local figure Hua Yanjun, is among the most frequently played erhu solos in China.

The erhu is suitable for solo performances, small ensembles, and large orchestras. It is the most popular member of the huqin family of traditional bowed string instruments used by various ethnic groups in China.

The erhu has become a cultural symbol of Wuxi due to efforts by the city to preserve the instrument and train a new generation of erhu players.

The Chinese Orchestra of Wuxi is an attempt to preserve and promote musical art forms in the city. 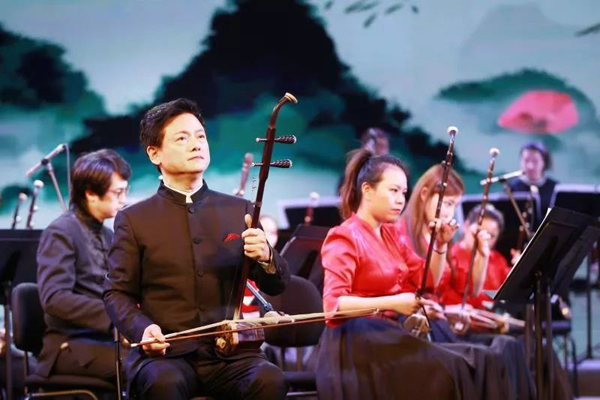 Deng Jiandong (front line), a famous Wuxi erhu player, gives a performance in celebration of the establishment of the orchestra. [Photo/WeChat account: wuxishilvyouju]

Deng Jiandong, a famous Wuxi erhu player, has been appointed as artistic director of the orchestra, which is expected to attract more talent in the future in order to create unique performances.

To celebrate the establishment of the orchestra, a folk concert was also held during the event, during which many classical music pieces were performed.